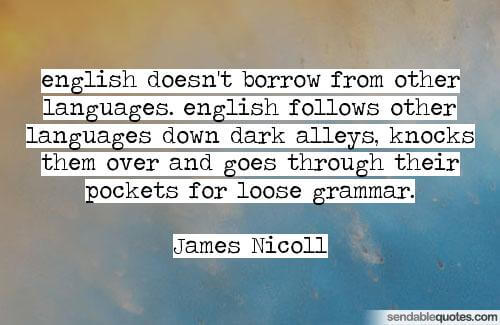 English Words Borrowed from other Languages

Modern English words, as we know them, have an interesting background. So where do so many of the foreign words in English actually come from?

The English language has a long history of borrowing words from other languages. These “borrowings” can usually be traced back to specific periods in history. It is estimated that the origins of modern English can be broken down as follows:

Check out our English Courses