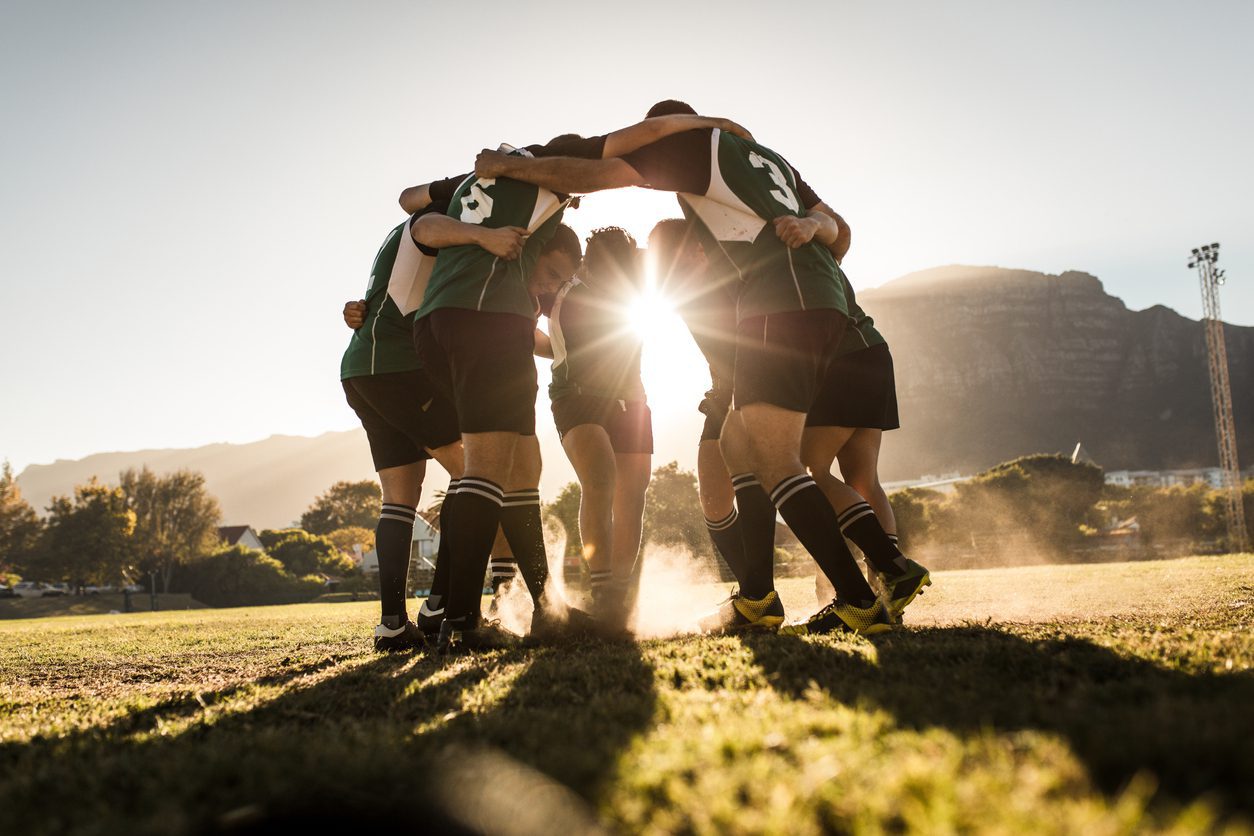 A History of Rugby in South Africa

Sport has played a role in South Africa’s political history. Due to the oppressive system of Apartheid, South Africa was banned from the 1964 Summer Olympics in Tokyo, a ban which lasted until 1992. After the 1994 democratic elections, South Africa was allowed to participate in sporting events again.

South Africa celebrated the end of the sports boycott by hosting the Rugby World Cup in 1995. Mandela said that ‘Sport has the power to change the world’. Despite the perception that rugby was a ‘white sport’, Mandela took the opportunity to promote national unity in support of the Springboks.  On 24 June 1995, South Africa beat New Zealand, winning the World Cup and bringing the country together in the new South Africa. Mandela presented the Webb Ellis Cup to the South African captain Francois Pienaar. Watch the award winning film Invictus to see this story.

Later, Mandela was also instrumental in the negotiations to host the Football World Cup in 2010.

On 2 November 2019, we gathered with friends and families to watch the finals of the World Cup Rugby, held in Japan (bringing history full circle).  I was in a hairdressing salon with a bunch of women. The atmosphere was electrifying, you could feel the excitement.

Our team are called the Springbok, which is the team mascot. Within 30 seconds of the kick-off, the Springboks had their first penalty kick and the action didn’t stop there. Brilliant defense strategies and powerful work at the scrum (when the teams link forces to get control of the ball) drove the English team, the Roses, into disarray. After the first twenty minutes, South Africa had the upper hand. By the end of the first half, none of the sides had scored tries (a ‘try’ is similar to a ‘goal’).  Makazole Mapimpi and Cheslin Kolbe remedied this situation by scoring two tries in the second half. Springbok rugby captain, Siya Kolisi, and his team were magnificent. They played an outstanding match with eight penalty kicks and 22 points from flyhalf Handré Pollard.

As the game ended, with a score of 32 against 12, cameras zoomed in on prominent spectators in the stadium. Prince Harry, representing England, graciously went over to congratulate President Cyril Ramaphosa. Back home, there was jubilation and triumph across the country with people wearing Springbok jerseys and waving South African flags from their balconies and out of their cars.  The celebrations lasted late into the night.

The Springbok team captain Siya Kolisi was born on 16 June 1991. He was raised by his grandmother in Zwide, Port Elizabeth. They lived in poverty and Kolisi remembers going to bed hungry on many occasions. Apartheid ended in 1994 which presented new opportunities.

Fortunately, at the age of 12, Kolisi was noticed by a talent scout at a rugby tournament and offered a scholarship to go to Grey High School in Port Elizabeth. Discipline, determination and hard work turned Kolisi into a world-class rugby player. After playing for various local teams, he joined the national team in 2013 and became (the first black) Captain in June 2018.

In Kolisi’s hometown, the Daily Maverick reports that fans watching the match in Port Elizabeth “rose to their feet chanting captain Siya Kolisi’s name – and for 80 minutes [the duration of the match] they never sat down again.” In a country still grappling with inequality and segregation, sport heals the nation. The speech he gave after winning the match was truly moving. He said, “we love you South Africa and we can achieve anything if we work together as one.”

Do you play football? Join the student’s friendly matches at Greenpoint Park. Train to join the team to represent the UCT English Language Centre at inter-school competitions in Cape Town.