Joey completed the UCT TEFL course in January 2017. In this post he shares his reasons for doing a TEFL course, what it was like at UCT, and what his plans are for the future with his newly acquired English teaching skills and certificate. 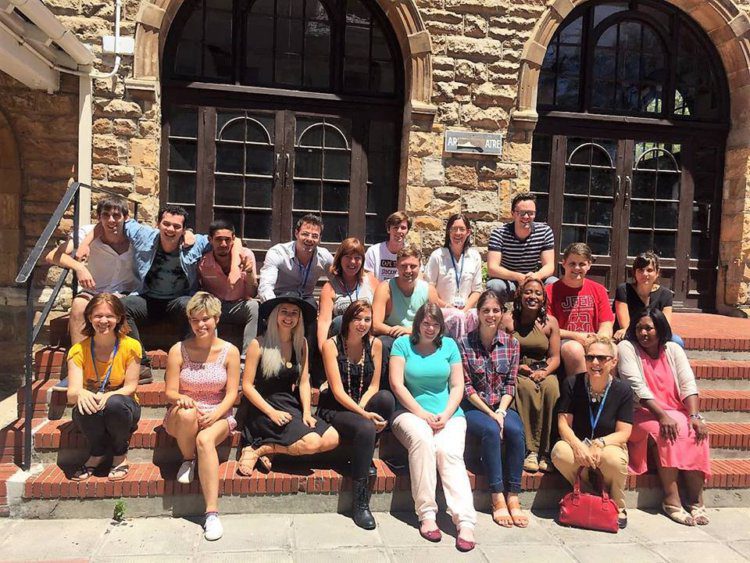 In January 2017 I was out of university, no job and quite a bit unsure of what to do with myself. I then made a life-changing decision – I enrolled in the UCT English Language Centre’s TEFL course. For those reading this who don’t know, TEFL stands for Teaching English as a Foreign Language. For me though, it means so much more than the words making it an acronym.

For me it means access. Not only to what it enables you to do – teaching English – but also access to a world of opportunity and travel. I am now a certified teacher with plans to move to a different continent in a few months time. And by the standards of my TEFL I’m actually quite late in my plans. At least five of the people I studied with are now in one country or another in Asia. I have two years of travel planned, something I never thought would be possible until I started looking into what I can actually do with a TEFL certification. This being said, while the TEFL course is a great opportunity, it is no joke and is definitely not something to take lightly. And while most people may opt to take an online course, which is cheaper and has been argued to be easier, the one offered through UCT is entirely in class – 120 hours of your time split between theory and practicals.

The TEFL consisted mostly of hard-work, all nighters and a very minimal social life. My family became my fellow trainees and my life was centered around UCT Hiddingh Campus – a big change from my life at home idling time away. A typical day during the course (which runs over four weeks) consists of a long morning of straight theory with breaks of 10-20 minutes, just enough time to run to the cafe and grab a quick coffee. During lunch time we had around an hour to breathe, although most of this was spent preparing for the next part of the day. The afternoon consisted of teaching observations. During this time you did one of three things: observing a professional, teaching in all their glory; watching a peer conduct their own lesson; or teaching your own lesson. This was our life for a total of four tough weeks and it wasn’t easy, but it was ultimately worth every penny paid.

The work they put us through for that month would go on to prepare me so effectively for the role as a teacher that I have now worked in three different teaching positions over the course of the past five months. While these positions have been different in structure (differing between Ad-Hoc substituting, volunteer and online teaching) the fact remains that my TEFL gave me the confidence necessary in order to fulfill each position fully prepared.