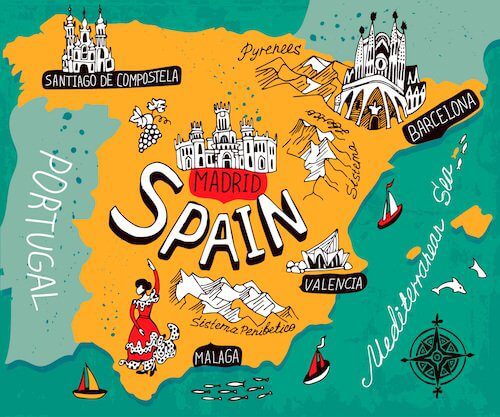 I wanted to learn Spanish. Having grown up in Durban, I had failed to learn Afrikaans and so I decided to learn Spanish and put an end to being monolingual. After doing a TEFL course in Cape Town, I got a part-time job teaching English to South African adults in the workplace and then I went to Spain with an open plan: to learn Spanish, make friends and teach English. I did all these and stayed for 6 years.

My very first student is still my dearest friend in Spain. I gave her private lessons from my little flat in the old town. She was preparing for a trip to India and found my advert on the notice board in the library. Students began to flood in, all eager to learn from a native speaking teacher. While on task of learning Spanish, I drew from all my students’ grammatical errors or transfers from Spanish grammar to inform me on how I should construct my sentences in Spanish. For example, if a Spanish person says ‘You have hungry?’ you can assume that you should use the verb ‘tener’ (to have) in order to ask in Spanish if he/she is hungry; ‘Tienes hambre’ (for your information).

I learnt so much from the experience of not being able to converse with the people around me. It was hard not to feel like an idiot at times, and people were not interested in hanging around while I tried to string a sentence together. Even when I had learnt some Spanish and was spending time with new friends, I had to let go of so many thoughts and anecdotes that I just couldn’t express quickly enough in order to keep up the pace of the conversation.

By the end of my six years I was fluent in Spanish, I was teaching business English in the mornings and teaching English to children in the afternoons. I began doing translations into English and I know that I will never forget my second language, nor the amazing people I met during that time in Pamplona, Spain.