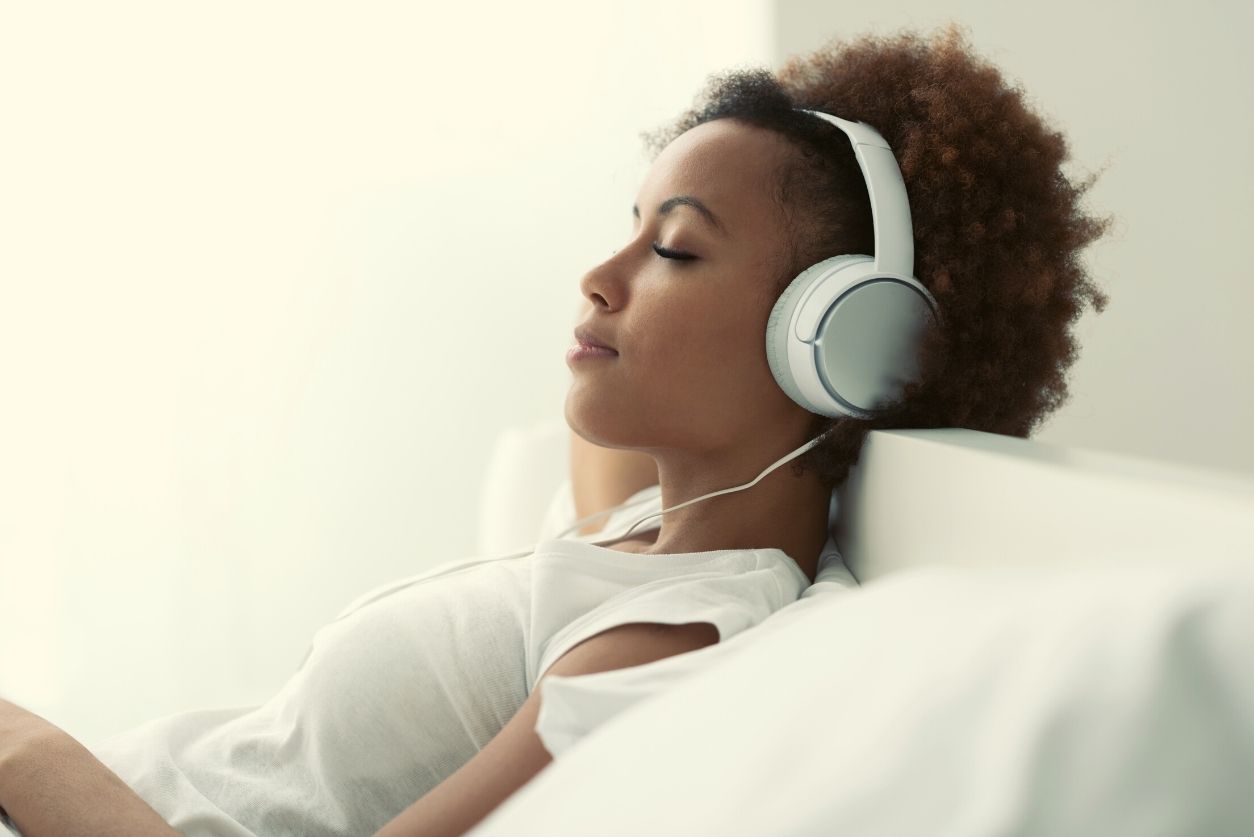 Music is uplifting, energising, and inspiring. Basically, it makes us happy. It’s also a super fun resource that you can use to improve your English.

Human beings have created music and danced for thousands of years. As a teacher, one of my favourite teaching tools is a West African drum I bought at a market in Cape Town. The first time I brought it to class, I remember the beginners looking at each other quizzically.

“Hello,” I said. “My name is Leigh-Anne.” Then I repeated my name, this time beating out the two syllables of my name on the drum. Then I gave the drum to the students to “beat out” their names. From there, the students took turns “playing out” a variety of words. At first, they were a little shy, but after a while everyone got into it.

Just as music has rhythm, so does language. Research shows that music helps people acquire a new language . “Combined with the musicality of words, as well as the music itself, rhythm can also boost language skills” (Guardian, 2015). Evidence suggests that people who learn music from childhood find it easier to learn languages as an adult. As songstress, Gloria Estefan once crooned: “The rhythm is gonna get you.”

I’ve noticed Portuguese speaking students swallow “ee” sounds. I once thought a student said he had a cough instead of that he wanted to have a coffee! Coff/ee/ two syllables.

Think of the syllables in a word as beats. For example: “In/stru/ment” has three syllables or beats. I suggest syllable-counting with an instrument of choice. Simply tap out the syllables on a drum, table, or by clapping with your hands.

Second language learners often struggle with word stress. For instance, with countries names sometimes the stress is placed on the first syllable: BRAzil, PORTugal, AMERica, CHIna, GERmany. In other names, the stress is in the middle: AnGOla, MoZAMbique, SwitZERland. Or at the end, as CamerOON.

Stressing the wrong syllable can make it difficult for people to understand you. Listen to the stressed syllable, and beat it out. For example, “InSTRUment.”

Have you ever had a song stuck in your head? That’s precisely why music is so effective for learning English.

Songs to improve your grammar

Ask Google for songs that contain examples of the area that you are focusing on. Forgot the rule for present perfect? Try sing the tune. “But I still haven’t found/ What I’m looking for” (U2). Or by my personal favourite Michael Bublé, “I just haven’t met you yet“.

Can’t remember the QUASI rule* for making questions? Try singing Adam Lambert in the shower. “What do you want from me?” You might annoy your housemates but hopefully they’ll sing along too. (*The Quasi Rul: present simple or past simple questions are formed with the Question word + Auxiliary + Subject + Infinitive).

Getting your gerunds and infinitives confused? Sing Maroon 5 while running, or at KTV. “I don’t mind spending every day…Ask her if she wants to stay a while…“.

Songs to improve your pronunciation

In one class, I played a song by Justin Bieber to differentiate the letter “b” from the letter “p”. A few days later I heard one of my students singing, “Baby, baby, baby, ooooh,” while he walking down the corridor. It made me smile.

I love rap and conscious hip hop because it’s a way to learn sounds that rhyme. From rap artist, Heavy D: “If you want crime to stop, stop hiring crooked cops.” This teaches the ING sound.

What’s extra cool is that rap songs contain words that have the same pronunciation but different spelling. By Eminem: “The moment you own it you better never let it go/…do not miss your chance to blow.”

Music is a fabulous tool for learning new words, whatever your level.

While some teachers prefer teaching the Queen’s English (formal English), I think it’s important to teach English the way it is used in the real world. If you wanna learn English slang, you’ve gotta listen to pop music. Many songs contain words such as “gotta”, “gonna”, “wanna”, which are commonly used in spoken English. Songs often contain useful language. Consider the song, Sunflower, from the soundtrack of “Spiderman: Into the Spider-Verse.” It contains expressions such as “Callin’ it quits… Crash at my place, baby, you’re a wreck… You won’t back down.” Even better, watch the film too. Music videos are another great resource.

One of the best musicians of the 20th century is Bob Dylan. He told stories through his music. Listen to his songs for inspiration, and use of metaphors and poetry. Take these words from the song, Like a Rolling Stone, for instance:

Singing along to music can develop your fluency for two reasons. Firstly, by “singing” the words you feel more confident speaking out. Secondly, it helps you understand connected speech and those tricky shwa sounds. “Whatcha gonna do when they come for you?” (Bob Marley) is one such example.

Head onto lyricstraining.com which is a big hit with students. Look for reputable online lyric sites and professional music videos. There are also many karaoke apps to have competitions with your friends.

Finally, here are some more songs to get you started. So, in the words of Rihanna, you can “shine bright like a diamond“, next time you have an English conversation!

Check our other blog Learning English at home, as easy as ABC.