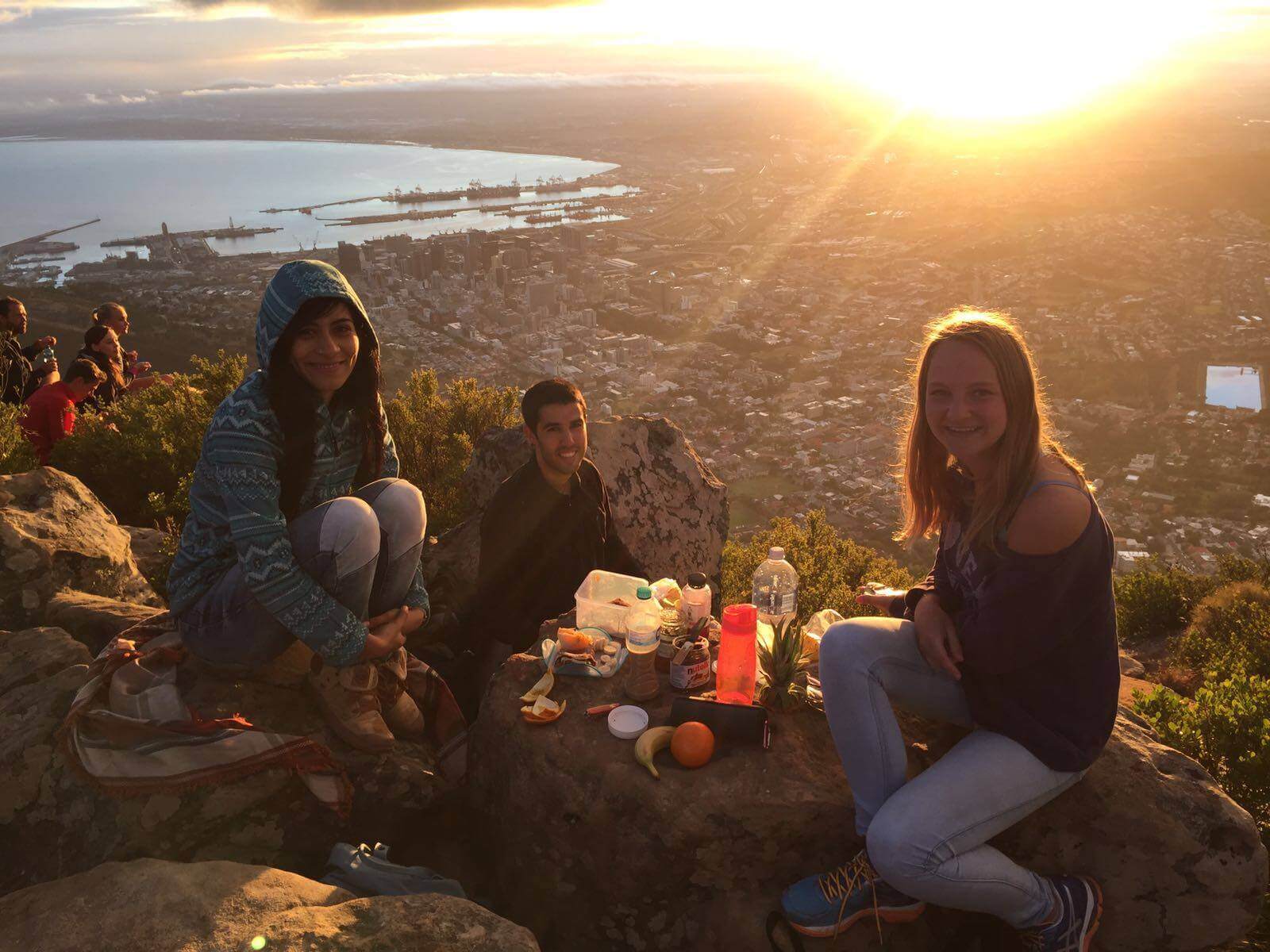 Welcome to Part 2 of our International Cape Town blog series where we highlight some of the countries our past and present students have come from. These may be some of the the people you may be learning alongside at the UCT English Language Centre. This time, we decided to add some interesting and/or wacky facts about these countries!

Why don’t you quiz your classmates if you find yourself sitting next to anyone from these countries?

Apparently, 2 Literature Nobel Prize winners for poetry have led to the Chileans referring to their own country as Country of Poets (país de poetas). Officially, it is also the longest country in the world, and the world’s fifth largest wine exporter because of the more than 100 wineries! Some stiff competition for us South Africans! And, to add some heat to spicy Chile, the Chilean Andes have over 2000 active volcanoes, but don’t let this give you any ideas about the heat, because according to one version, the name Chile is actually derived from the Native Indian word ‘Tchilli’ which means ‘snow’ or ‘extremely cold’. What do our Chileans think about this?

This wonderful South American country introduced the rest of us in the world to chocolate, corn, and chilies! And although Mexico only follows Brazil in the number of Catholic citizens, their Christmas tradition is not to give presents on Christmas Eve or Day, but on 6 January which the Mexicans celebrate as the day of the arrival of the Three Wise Men. And according to random facts: “Mexico City is built over the ruins of a great Aztec city, Tenochtitlán. Because it is built on a lake, Mexico is sinking at a rate of 6 to 8 inches a year as pumps draw water out for the city’s growing population.”

Israel was the first land to ban underweight models. And not only are they healthy, but in regards to their population, they also have the highest ratio of college degrees. Because of its extremely high salt concentration, people can actually float in the Dead Sea and it’s almost impossible to dive into it.

“At 2,344,858 square kilometers, the DRC covers a land area larger than the combined territories of Spain, France, Germany, Sweden, and Norway.” Congo is the only place in the world where you will find both Bonobos and Eastern Lowland Gorillas. According to Travelingeast.com “The DRC used to have a very strange form of currency. It’s called the Katanga cross. The metal is made of copper and is shaped in the form of an X. A single Katanga cross, which was used for trade in the 19th and early 20th centuries, could buy 10 kilograms of flour and six chickens.”

Jordan has some great food, but before accepting any food offered to you, it is considered polite to refuse it 3 times first. Jordan is also famous for being a popular spot for filming. Indiana Jones and the Last Crusade, Lawrence of Arabia, Red Planet, and The Martian were all filmed here.  Unlike most other Arab states in the Middle east, Jordan doesn’t actually have any of its own oil.

Located in East Africa, on the equator, Kenya is possibly most famous for its safari holidays. But, in actual fact, tourism falls behind coffee exporting as the largest income generator for the country. Interestingly, though, Kenyans prefer to drink tea and beer rather than their own coffee. Kenya only has 2 seasons, one being the rainy season and the other is the dry season. All schooling is free in Kenya, and with over 60 languages spoken, most Kenyans speak at least one other African language other than their own.

Tourism is also Morocco’s second largest industry, after phosphate exports.  They also have wonderful and diverse food, and it lies on both Mediterranean and Atlantic coastlines. The most popular drink in Morocco is a special tea made from green tea, mint and sugar. But brewing and pouring tea is not a simple act, but rather considered an art form and holds cultural significance. Guests who have been offered tea should not decline this cup as it is considered rude.

Madagascar is an island country off the east coast of Africa. It is also considered the 4th largest island in the world, and has such a unique ecology scientists even refer to it as the 8th continent of the world. 90 % of its wildlife is found only in Madagascar, such as the lemur, which also happens to be culturally revered in Madagascar and protected by Taboo. This unique ecology, according to various sources, is because “Madagascar has been an island since about 88 million years ago when it split from India after the supercontinent Gondwana had broken up.”

More than a quarter of this European country is actually below sea level. Could this have something to do with the fact that Dutch people are also the tallest people in the world? The Netherlands are the biggest beer exporters in the world, but are actually the world’s second biggest coffee drinkers. Cycling is the mode of transport of choice for the Dutch, and apparently most people own 2-3 bicycles. This comes as no surprise when the land is almost completely flat, which makes cycling the perfect choice to get from A – B.

Portugal is the oldest country in Europe, and has the world’s oldest bookstore. Have you ever wondered where cork comes from? Well, the Portuguese produce 70% of the world’s cork exports and considering that Port wine comes from the city of Porto, this makes some sense. Perhaps very surprising to some people is that Portugal is an exceptionally popular place for surfing and is considered a surfer’s paradise for those in the know. The biggest wave ever surfed in a competition was recorded on a 90ft./27.5m high wave!

Switzerland is most widely known for its chocolate, cheese and white snowy mountains perfect for skiing. But, some rather interesting facts emerged as we did some investigating. It is illegal in Switzerland to keep just one guinea pig – you must have them in pairs. And to ensure the country remains a true definition of democracy, there is no single head of the country, but a seven-member executive council, which serves as the Swiss collective head of state. Pedestrians are king of the roads in Switzerland, and even buses need to stop for them to pass.

When you join us at the UCT English Language Centre, you are sure to meet people from countries very different to your own. This makes your English learning experience an even more unique one! Go here for some more general information on some countries in part 1 of the International Cape Town series.