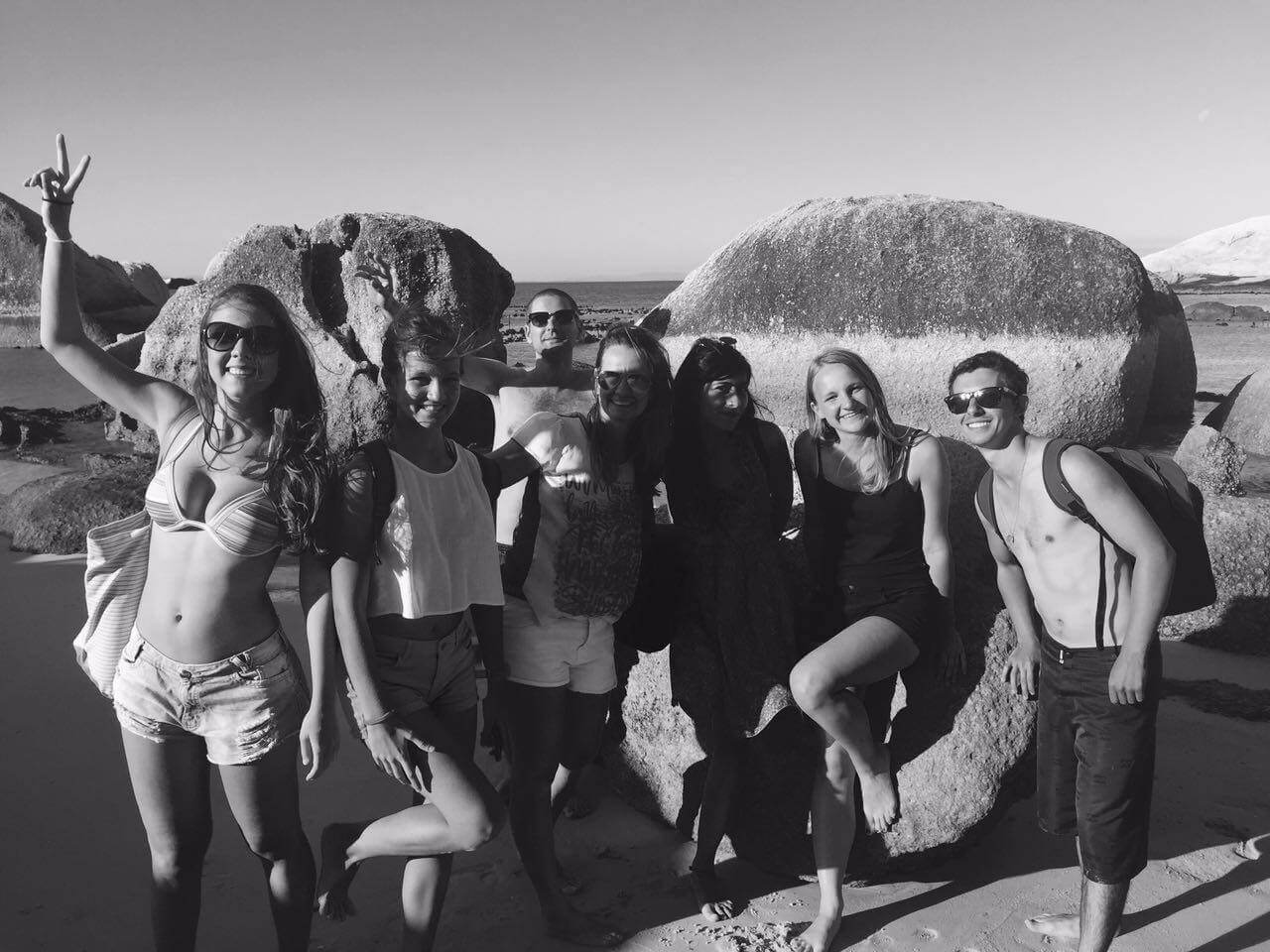 Choosing to study English abroad means not only that you will be immersed in the language and cultures of the country you choose to study in, but it also means that you will get to experience and learn about many other new cultures, countries, languages, and customs with those sharing your English classroom. So will you be immersed in an International Cape Town?

At the UCT English Language Centre, we have a lot of different nationalities studying English with us. This not only provides students with the opportunity to learn about cultures and countries different from their own, but also means that the more people you have from different language groups in your class, the more English you have to speak!

We did a bit of investigating and found a little background information about some of the cultures you may encounter when you come and study at the UCT English Language Centre in Cape Town.

The (officially) Portuguese speaking Southern African country is home to about 19.6 million people. The capital city of Luanda is a busy, bustling and growing urban city and is home to many expats. It is also one of the fastest growing economies in the world, with the oil and diamond sectors being the most important. Angolans love music and are always dancing or singing. They are a wonderful group of people who bring some good vibes to any classroom.

Austria (or officially the Republic of Austria) is a German speaking European country. It is landlocked and bordered by 8 other countries (Switzerland, Germany, the Czech Republic, Liechtenstein Slovenia, Italy, Hungary and Slovakia). It has one of the highest standards of living in the world! Many famous people have come from Austria including, Arnold Schwarzenegger, 20 Nobel Laureate winners, a host of the most famous classical music composers such as Wolfgang Amadeus Mozart and scientists like Sigmund Freud. Thank you, Austria!

Brazil is the largest country in South America, and 5th largest in the world.  The majority of people speak Portuguese – the only country in South America that speaks Portuguese. This massive country actually covers 3 time zones and there are 2500 airports. And we know the Brazilians are football crazy, with some of the best known and most popular players in the world. But we can’t forget that they also celebrate the world’s largest carnival, and that same spirit is very present in the language classroom!

The name of this country is derived from the surname of the explorer Christopher Columbus. The majority of people speak Spanish, and it is also the only country in South America which has a coastline on both the Pacific Ocean and the Caribbean Sea. Colombia is very well known for its excellent coffee (and wonderfully friendly people). According to wikipedia: “Colombia is the second most biodiverse country in the world, lagging only after Brazil which is approximately 7 times bigger.”

This French speaking West-Central African country is bordered by Gabon, Cameroon, the Central African Republic, the Democratic Republic of the Congo, and the Angola exclave of Cabinda. It is the regional headquarters of the World Health Organization. The educational system is strongly modelled on the French system, with gradual changes over time to adapt to the local needs, customs and traditions. The Congolese people are an incredibly friendly and nice group of people. Their natural approachable manner makes group work that much easier!

This European country is the number 1 most visited country in the world! The population is around 63 million people (2012), and we all know the wonderful capital city of Paris, home to the Louvre Art Museum and the Eiffel Tower. This year, in 2016, France has also become the first country in the world to ban supermarkets from throwing away of destroying food that was unsold! This means they must donate the food to charities. What an excellent idea. The French are also known for their outstanding food and wine.

Gabon is on the West Coast of Central Africa and is French speaking. The capital of Gabon is Libreville, which means Free Town and was founded by freed slaves in 1849. Located right on the equator means this country is very hot and humid. Interestingly, Gabon is home to 80% of Africa’s gorilla population, which makes sense considering 80 -85% of the country is covered in rainforest. The minimum age to vote in Gabon is 21 years! The people from Gabon are warm and welcoming, and hardworking students.

Located in North Africa, it is the 4th largest country in Africa speaking Arabic. Currently there are tensions in Libya, with two political bodies claiming to be the government. But, Libya is one of the sunniest and driest countries in the world because of its desert environment, and also considering its size, home to a relatively small population. According to Wikipedia, “recently the state of Libya made it to the top 20 on the world giving index in 2013.] According to CAF; In a typical month, almost three quarters (72%) of all Libyans helped somebody they did not know – the third highest level across all 135 countries surveyed.” Our Libyan students fit this description perfectly!

This country in South East Africa, lying opposite the island of Madagascar, officially speaks Portuguese. Its coast runs for 1500 miles with spectacular islands and coral reefs. It is also home to 5 of 7 endangered turtle species. This is a very popular spot for diving and with a tropical to subtropical climate, a wonderful vacation spot. The people from Mozambique are sociable and outgoing, and you can always count on them to bring smiles on a dreary Monday morning!

In East Asia, this country’s capital, Seoul, is the world’s 6th leading global city and the 4th largest economy. And amazingly, the Korean flag is highly conceptual, representing Taoist and Buddhist principles, as well as a symbol for peace (white background) a circle for unity, the yin and yang. According to one website: “The Organization for Economic Co-operation and Development (OECD) declared that South Korea is the country with the highest estimated national IQ on Earth.” South Koreas usually come across as shy and reserved in the beginning, but they are an absolute pleasure to have in the classroom. They are studious and hardworking and exceptionally generous people, as well.

The Kingdom of Saudi Arabia is an Arab State and the majority of its land consists of desert. Saudi Arabia is an absolute monarchy where the king is also the prime minister. In 2018, Saudi Arabia will have completed the world’s largest building called King Tower. This tower will be higher than 1 kilometre and include a hotel, observatory, office space and apartments. This large country does not collect taxes from its population and provides free public health care, free public schools and spends about 25% of its budget on education. Astoundingly, 75% of its population is younger than 35 years old! Our Saudi students add a lot of joviality to class and break times. They are also definitely the people to hang out with for a fun and active social programme because they will be the first to agree to bungee jumping, go karting or paintball!

If you are interested in learning more about these countries, you can check out some the sites we visited here:
www.10-facts-about.com
www.wikipedia.com
www.factsking.com
www.businessinsider.com
www.garyjwolff.com
www.xpatnation.com
www.facts.randomhistory.com