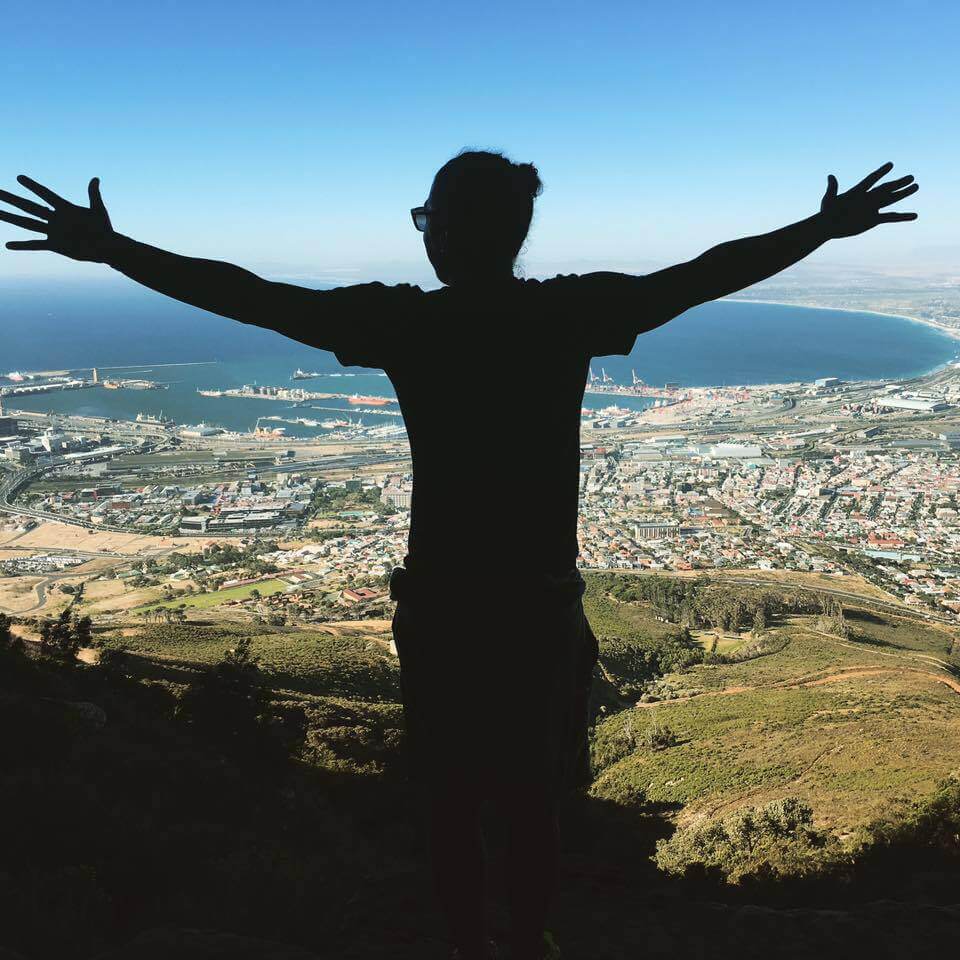 Attaching ‘man’ to the end of a sentence has nothing to do with your gender. It is part of typical Capetonian slang and is used to emphasize your point. Allow me to demonstrate,

A: Let’s watch a movie tonight?
B: I don’t know, how about we go out instead?

A minivan in Cape Town is not a minivan but a taxi or cab. In Cape Town, our taxis are not yellow, pronounced taxi and designed for five people but instead they are white, pronounced texi and can take as many people as can fit. So next time your hear a Capetonian shouting out of the window of one of our local texis, just know that he’s not being kidnapped but announcing the taxi’s destinations.

Here in Cape Town we have a strange tendency of using name brands for grocery items as opposed to the name of the product itself. For example a Capetonian’s grocery list may sound like this,” Omo, Nescafe and Lux” as opposed to a normal grocery list of “washing powder, coffee, and soap”. So to avoid confusion and puzzled looks when asking for products at the grocery store, say “Cadbury” instead of “chocolate”.

Here in Cape Town we call our traffic lights “robots” simply because it’s quicker and easier to say (also it sounds really cool). Don’t worry just because they guide the flow of the traffic doesn’t mean they’re real robots! The three bulb colours; green, yellow and red, are often explained as the eyes of the robot to young children to encourage them to obey the traffic rules when crossing the road. However, for the local texi drivers, the bulb colours have the following meaning: green = go, yellow = go faster and red = stop, but only if you want to.

When nothing goes right, go left!

In the Mother City, we don’t give directions based on street names and area codes instead we use landmarks, colours, people and often end our sentences with the word “neh”. “Neh” is a Capetonian way of saying “okay”. For example, a non-Capetonian may direct you in the following manner, “Turn right at the stop street, exit left from the roundabout and enter into the nearest parking lot and you’ll reach your destination”. However, a Capetonian would instruct you in a more abstract manner, “Drive straight until you see a big orange building, turn left when you see uncle Sam, who wears the black and white striped hat, playing his guitar and enter the parking lot that is opposite the McDonalds because they don’t charge for parking”! The usual Capetonian behaviour would be to simply provide you with “a lift” and take you there ourselves but it’s best not to get into cars with strangers.

These common phrases and dialects are an integral part of Capetonian tradition and is fundamental for your survival in the colourful jungle that is our Mother City. So when you’re in Cape Town and lost at a robot, use the man suffix when asking locals about directions to the table-shaped mountain, call for a texi instead of a taxi and become a part of our rich culture here in Cape Town, neh?