Is it possible to learn a language by only focusing on the grammar? In this blog we argue that in order to learn an English that people actually use and will actually understand today, grammar plays the same role as all the other elements! No one aspect of a language is more important than the other, and learners should approach their English learning in a holistic way. 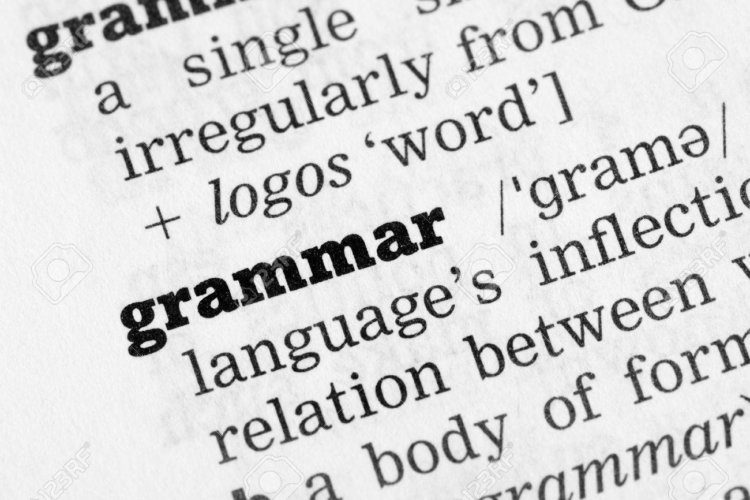 Many moons ago when I started studying English Language and Literature at university, one of the subjects I had to take in order to graduate with my degree was Latin. Yes, Latin! My first question back then was, “Why on earth do I need to learn a dead language for English Literature and Language?” I won’t go into the very legitimate reasons in answering this question, but a very good summary can be found in an article by Andrew Campbell here, for those who are interested. Anyway, as you can imagine, learning a language that is not actually used by any speakers anymore involves attending lectures where you are presented with texts and learning the grammar and vocabulary in order to understand and translate these ancient texts and perhaps, even write your own (for the super advanced). In my eyes, this was a lesson of pure grammar, and I personally hated every single second of it!

The more modern approach to learning a language involves first understanding that languages are not viewed as static things, but rather that they evolve over time as much as the people that are speaking them. And we as the people speaking our languages are affected by the changes in our world, and in our lives. Advances in technology, for example, are changing and shaping language all the time. New words for new things, and new ways of communicating with each other such as via social media. In other words, languages today are just not the same as they were 30, 50, 100 and more years ago because people and the world are not the same today as they were 30, 50, 100 and more years ago.

Here is an example:

English grammar books prescribe that certain verbs cannot be used in a continuous form. In other words, some verbs such as like, love, hate, want, etc. cannot become liking, loving, hating and wanting.

But, then the world’s biggest fast food franchise completely ignored the grammar books when it decided to make its company slogan ‘McDonalds. I’m Loving It!” Today, we use many of these so called stative verbs in the continuous form in informal speech, and this is completely normal and accepted.

Most changes in language start out like this in informal speech, where we generally still distinguish between what we would say or write on social media versus how we would phrase the same sentence in a formal email, for example. But, over time, the change starts creeping into formal language and eventually becomes the norm. In this way, we see how the way people speak the language controls the grammar rules and not the other way around where grammar rule books control the way people speak.

So, if you decide to learn English from a grammar book*, then it is important to realise that you are learning a different, (older?), version of what is being used informally and in spoken language by those people speaking it.

Now, imagine picking up a book to practice your English learning and come across one of the classics, such as Jane Eyre by Charlotte Bronte published in 1847. You will read English conversations sounding like this:

“Jane, be still; don’t struggle so like a wild, frantic bird, that is rending its own plumage in its desperation.”
“I am no bird; and no net ensnares me; I am a free human being, with an independent will; which I now exert to leave you.”

I can assure you that no English speaker speaks like this anymore! However, depending on what grammar book you choose to learn from, this will be perfectly acceptable

So, where does this leave grammar and its relevance in today’s EFL industry?

Grammar is obviously an important aspect of a language. It’s the glue that hold things together. Language is not a string of vocabulary just put together randomly without order. So, in the classroom of a good EFL teacher, you will learn grammar. But, learning grammar is first about realising it is a journey and not a destination. You cannot learn all the grammar in a language. It makes no sense, as you learn and master one element, another will pop up and by the time you have mastered that one, the rules of the last one have changed again. Obviously, this is not to say don’t bother with learning grammar. This still plays a vital role in learning English. But, grammar is not the only thing that makes a language what it is, so don’t focus only on that. Remember:

Language is a complex system of communication. Each element plays its role in this system and grammar is one of these important elements. Grammar is the fundamental organizing principle of language (source), whereas vocabulary, on the other hand, is a body of words that we attach meaning to. Grammar links these words and creates sense and order out of them. Phonetics is all about how to pronounce these words and the grammar that is linking them in a way that is understandable to others who speak that language.

In conclusion, grammar is a fundamentally important part of learning a new language, but a language must be learned holistically. No one part exists, or functions, without the other parts, and no one element is more important than any of the other elements. Each aspect must receive attention, but above all, remember that learning a language means learning a new system for communicating with others – communication being the key word here. Don’t be scared of making mistakes. That’s how we learn.

At the UCT English Language Centre, our professional and well trained teachers pay attention to all aspects of the language. No teacher will spend hours teaching you rule after rule in grammar or giving you pages of grammar homework. This is not what we believe will ever help you to learn or improve, unless you actually have to write a grammar exam (what’s the point of that?). Join us for expert English teaching and a serious, but thoroughly enjoyable English learning experience.

*I would recommend Murphy’s Grammar in Use